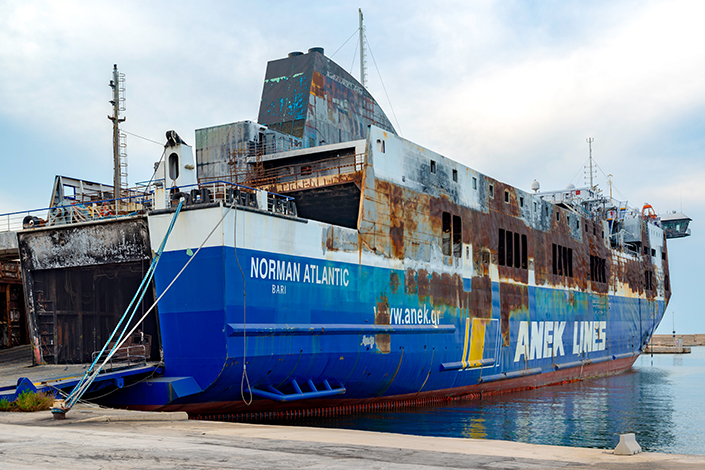 As far as the criminal aspect of the case is concerned, in late May 2016, the investigating judge of the Court of Bari, Mrs. Alessandra Piliego, after having examined the initial results of investigations, expert reports, information and documents from the SMS (Safety Management System), submitted to the experts new inquiries and requests, including, inter alia, inquiries regarding the data recorded by the VDR (Voyager data Recorder) of the ship, the safety standards applied, the automatic operation of the main ship engines, etc., the methods used to load wheeled cargo, the causes of fire, the abandonment of the ship and the rescue operation. Our Office is closely watching the progress and results of these investigations.

On the occasion of handling the civil aspect of the case, we hereby set out the Greek legal framework governing contracts of carriage of passengers by sea.

The Athens international Convention and its amending Protocols (Law No 1922/1991 and No 4195/2013) do not regulate all aspects of the contract of sea passenger carriage, but only the matter of the carrier’s liability for passengers’ death or injury, and the damage of passengers’ baggage. Thus, for any legal gaps (e.g. concerning the execution, preparation, proof of contract, or failure to carry it out, etc…), the specific provisions of Articles 174-189 and general provisions of the Code of Private Maritime Law shall apply.

The European Union, in order to enhance safety in maritime transport and create a modern legal framework concerning the rights and obligations of all passengers traveling by ship in the event of an accident, has adopted (European Parliament and Council) the Regulation (EC) 392/2009 on the liability of carriers by sea (L 131 of 28/5/2009). This Regulation does not regulate all obligations and rights arising from the preparation and execution of the contract on the carriage of passengers and their baggage by sea. Its subject matter is limited to that of the Athens Convention, with a few consequent new provisions, while its scope of application is broader.
Additionally, passengers are also consumers, since they are the final recipients of maritime transport services; therefore, Law No 2251/1994 on the protection of consumers shall also apply.